One of the most priceless treasures from the bloody dominion of Attila the Hun, who rampaged with cavalry troops deep into Europe in the 5th century, was the magnificent golden tiara, inlaid with precious stones by expert artisans some 1,500 years ago.

Historians worry that the Hun diadem may have disappeared forever from the Ukrainian museum where it had formerly been on display. After seizing the Ukrainian city of Melitopol in February, Russian troops reportedly carried off the valuable crown along with a trove of other treasures, according to museum officials.

As per Ukrainian authorities, the eight-month-old Russian invasion of Ukraine has been followed by widespread destruction and looting of historical monuments and artefacts.

The cultural minister of Ukraine claimed that Russian military took antiques from approximately 40 Ukrainian museums. As per the minister, Oleksandr Tkachenko, the looting and destruction of cultural sites resulted in damages that are believed to be in the hundreds of millions of euros (dollars). 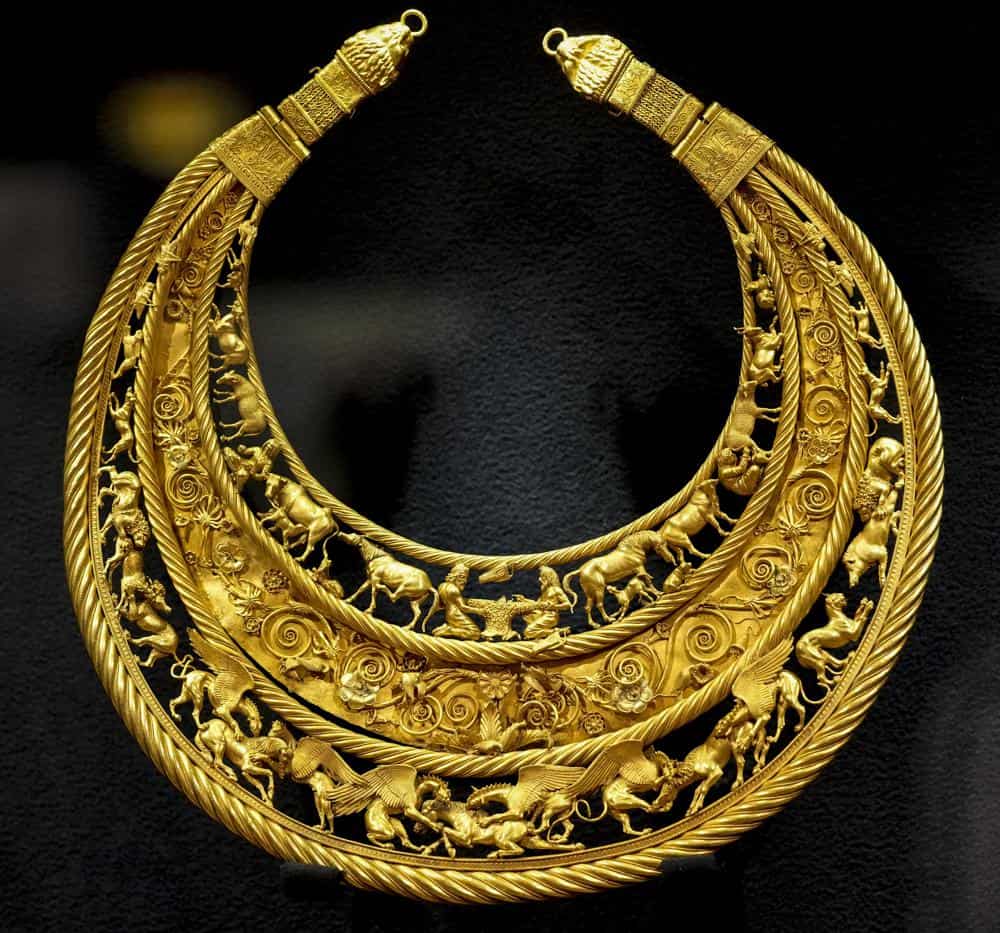 The fourth century B.C. golden pectoral, an ancient treasure from a Scythian king’s burial mound, is exhibited in the Museum of Historical Treasures in Kyiv, Ukraine. Photo credits: AP

“These are museums, historical buildings, churches. Everything that was built and created by generations of Ukrainians,” Ukraine’s first lady, Olena Zelenska, said in September when she visited a Ukrainian museum in New York. “This is a war against our identity.”

When Russian troops attacked the southern city of Melitopol, employees at the Museum of Local History in Melitopol sought to hide the Hun diadem and hundreds of other valuables at first. Russian soldiers, however, eventually located the building’s hidden basement, where personnel had hidden the museum’s most priceless items, including the Hun diadem, after weeks of persistent searching.

Ukrainian authorities who were expelled from the southern city that was repeatedly bombarded by Russian forces said that Russian forces plundered museums while they destroyed the Black Sea port of Mariupol. Only in May, when Ukrainian defenders who had been holding on to the city’s steelworks, did it completely fall under Moscow’s hands.

The cultural heritage of Ukraine has also suffered significant harm and devastation as a result of the invasion. The cultural agency of the United Nations keeps track of the locations that are being shelled, bombed, and hit by missiles. The agency reports that it has confirmed damage to 199 sites across 12 areas, eight months into the war.