A missile struck a village in Poland that is close to the Ukrainian border. Two people were killed by the missile. While the government of Poland and US President Joe Biden exercised prudence and carefully considered the evidence, several responses swiftly emphasised that Russia had escalated the war with Ukraine by attacking a North Atlantic Treaty Organization (NATO) member. One of them was Latvia’s Artis Pabriks, a fellow NATO member who serves as both the country’s deputy foreign minister and minister of defence. This is the first confirmed instance of the conflict in Ukraine directly contributing to deaths in another nation.

Pabriks referred to the missile strike on NATO territory as a strike by the “criminal Russian regime” shortly after the first reports of it surfaced.

“My condolences to our Polish brothers in arms. The criminal Russian regime fired missiles that target not only Ukrainian civilians but also landed on NATO territory in Poland. Latvia fully stands with Polish friends and condemns this crime,” said Pabriks in a tweet.

Pabriks later referenced Article 4 of the NATO Treaty, which requires talks when a nation believes “territorial integrity, political independence or security of any of the Parties [NATO-member] is threatened.”

My first reaction would be that after Russians hit Polish territory, 4. Article is in place, just like air defence of Ukrainian air.

We explain to you in-depth what NATO is, how its collective security mechanism pans out, and how it has so far reacted to the missile strike on Poland.

NATO in a nutshell. What does it stand for?

The North Atlantic Treaty Organization, or NATO, was established in 1949 with the primary goal of thwarting the prospect of Soviet expansion in Europe following World War II. Beyond that, the United States regarded it as an instrument to promote political unification on the continent and thwart the return of nationalist movements in Europe.

The Treaty of Dunkirk, which the United Kingdom and France signed in 1947 as part of an alliance to stave off a potential German invasion in the wake of the war, is where it truly has its roots.

NATO created and adhered to the “Massive Retaliation” policy throughout the Cold War.

The focus of NATO shifted to territorial integration, political stability, and establishing a stable security network in the area with the fall of the Soviet Union, and to some extent even before that.

Since then, NATO has intervened in ethnic disputes in the former Yugoslavia and taken part in the US-led War on Terror following the 11 September attacks in the US.

The “collective defence” concept of NATO, which states that an assault on one member nation will be treated as an attack on all member members, is its defining characteristic. This principle enables the alliance to mobilise a collective defence against any aggression. This gives smaller nations the certainty of security that larger nations like the United States, France, and the United Kingdom will come to their defence when needed.

The concept of ‘collective security’

The organisation’s primary function is to operate as a collective security alliance to provide mutual protection by military and political methods if one member state is threatened by another nation.

Article 5 of the charter, which deals with collective defence, lays down this tenet:

“The Parties agree that an armed attack against one or more of them in Europe or North America shall be considered an attack against them all and consequently they agree that, if such an armed attack occurs, each of them, in the exercise of the right of individual or collective self-defence recognized by Article 51 of the Charter of the United Nations, will assist the Party or Parties so attacked by taking forthwith, individually and in concert with the other Parties, such action as it deems necessary, including the use of armed force, to restore and maintain the security of the North Atlantic area.”

How has NATO responded to the missile strike in Poland?

increaseitionally, according to the Guardian, on Wednesday, NATO Secretary General Jens Stoltenberg said that Russia was still to blame for the incident. 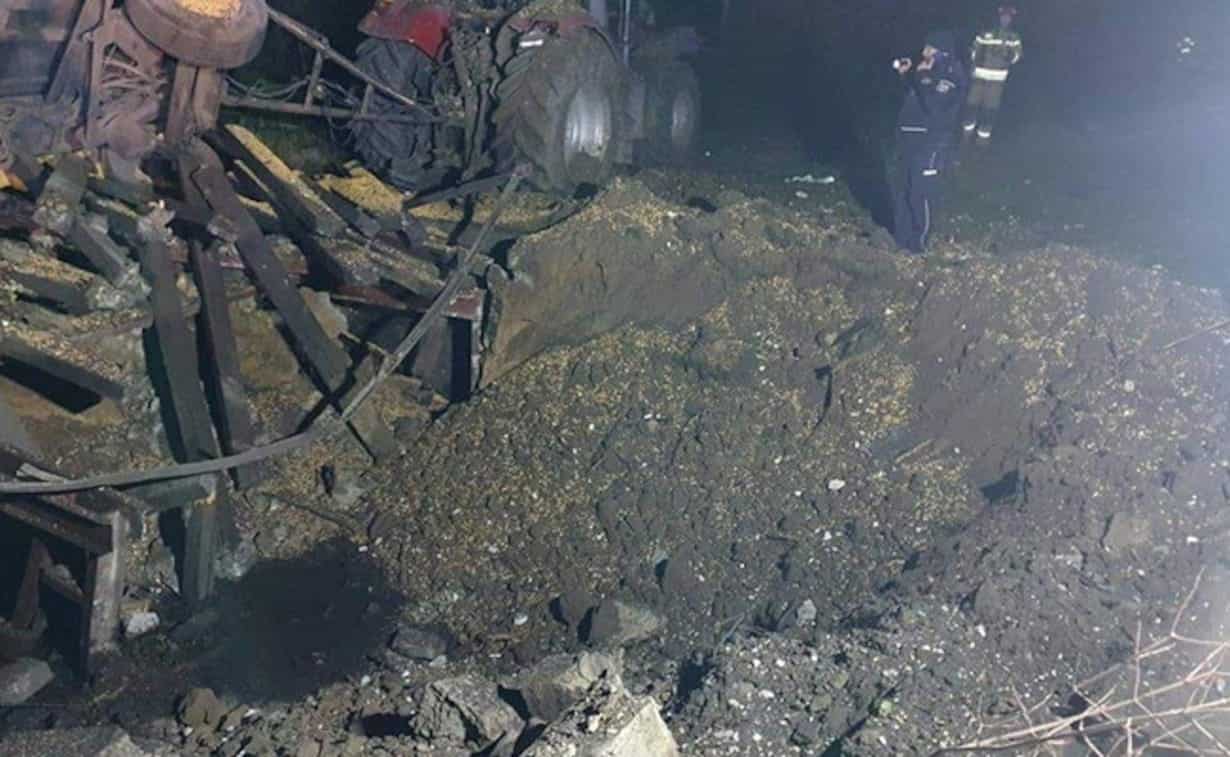 The site of the possible strike in Przewodów in Poland where two people died. Photograph: Wolski o Wojnie/Facebook

“Russia bears responsibility for what happened in Poland yesterday because this is a direct result of the ongoing war and the wave of attacks from Russia against Ukraine yesterday…Nato is preparing for accidents like this to prevent them from happening, and if they happen to ensure that they don’t spiral out of control,” said Stoltenberg.

NATO’s response to the Russian war on Ukraine

The NATO members, led by the US, have given Ukraine cutting-edge weaponry and information that have been crucial to Ukrainian military operations thus far. Ukraine has received weaponry worth billions of dollars, including air defence systems, artillery, rocket launchers, and ammunition. The United States has already promised and sent Ukraine assistance totalling $19.3 billion as of 10 November.

While individual NATO countries are supplying military hardware, NATO as a whole focuses on non-lethal assistance.

“NATO is helping to coordinate Ukraine’s requests for assistance and is supporting Allies in the delivery of humanitarian and non-lethal aid…At the Madrid Summit in June 2022, Allied leaders agreed a strengthened package of support for Ukraine, which includes support in secure communications, fuel, medical supplies, body armour, winter clothing, equipment to counter mines and chemical and biological threats, and portable anti-drone systems,” says NATO on its official website.

It adds, “More broadly, NATO’s Article 5 security guarantee and its ironclad promise of collective defence provides Allies with the confidence that they can send weapons to Ukraine without diminishing their own security.”

Some Ukrainians are ‘recycling’ a downed Russian jet by turning them into luggage tags: Report