Harris met Yoon after landing in the South Korean capital early on Thursday amid simmering tensions in the area over North Korea’s missile launches and China’s moves in the Taiwan Strait. She also visited the Korean Demilitarized Zone (DMZ) aimed at strengthening the security alliance with Seoul.

On Wednesday, North Korea launched two short-range ballistic missiles into the sea off its east coast. The country also passed a new law earlier this month that formalised its authority to employ nuclear weapons as a kind of preemption.

The White House said Harris and Yoon reaffirmed their shared commitment to the complete denuclearization of the Korean peninsula and denounced Pyongyang’s “provocative nuclear statements and ballistic missile tests.”

“They discussed our response to potential future provocations, including through trilateral cooperation with Japan,” the White House said in a statement. 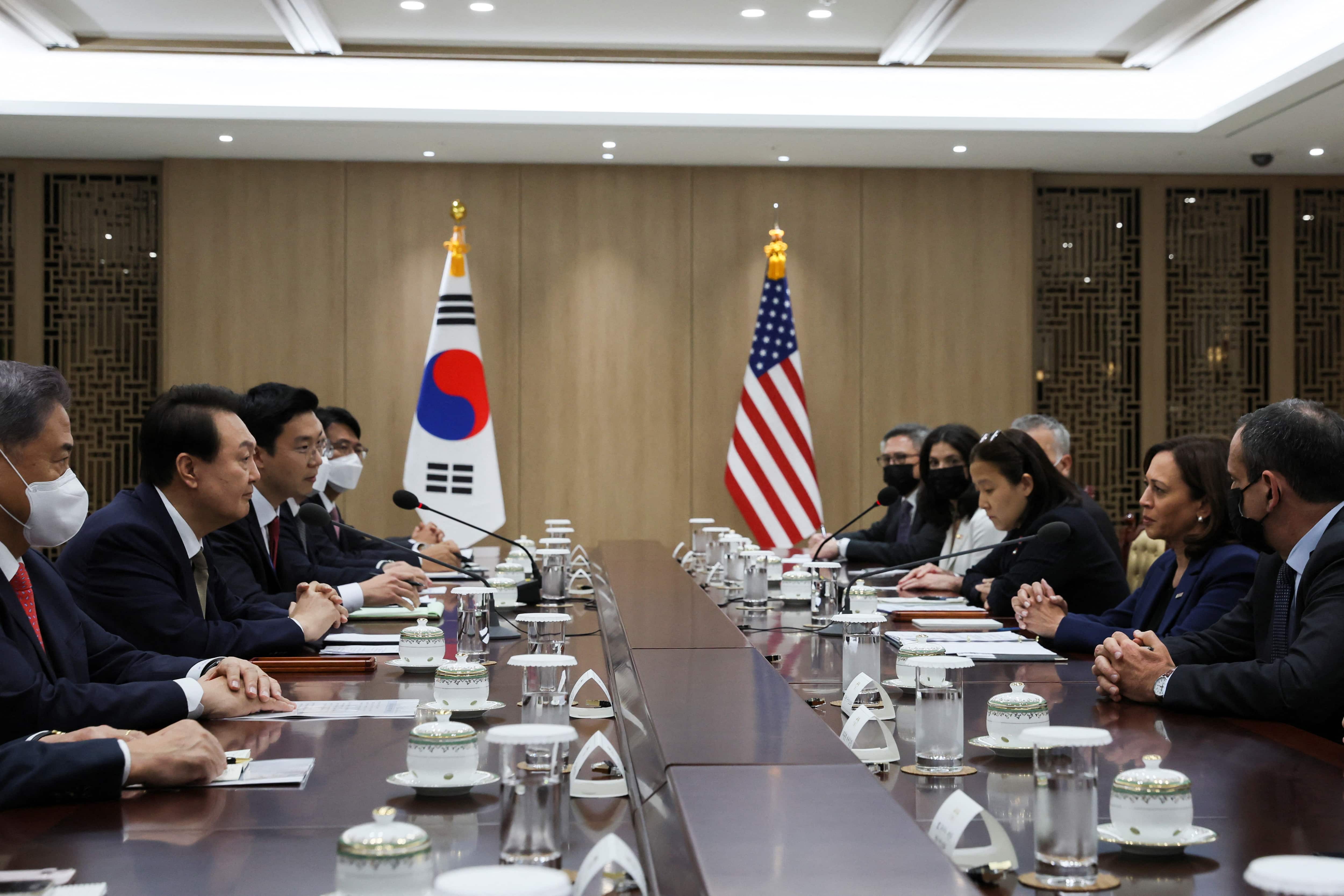 Harris also reaffirmed the U.S. extended deterrence commitment to the Asian ally, including “the full range of U.S. defense capabilities,” it added.

The White House stated that Harris “recognised” Seoul’s worries and they agreed to keep in touch. As per the News1 news agency in South Korea, Harris informed Yoon that Biden had promised to find a solution to address the problems.

US arrests over 2 million migrants along the Mexico border, breaking previous record